ON THE AVENUES: For No Reason At All? 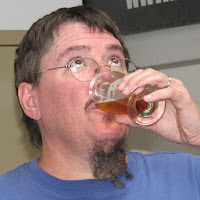 ON THE AVENUES: For no reason at all?

Great Britain immediately declared war on Germany, and the unprecedented bloodletting began in earnest. In truth, it didn’t stop until the Balkan wars of the 1990’s, and as Greece prepares to take a step backward into lowered fiscal status as a Third World vassal state, we may yet see that it has not ceased, even today.

A century later, it all seems preordained, but we forget that amid an unholy flurry of secret treaties coming to deadly fruition in the aftermath of Archduke Franz Ferdinand’s messy demise in Sarajevo, Europe’s prevailing warmongers retained a nagging fear: The continent’s socialists might actually make good on their “brotherhood of mankind” rhetoric, oppose mobilization, reject conflict, and require heightened internal warfare against the indigenous working class so as to conduct external warfare against neighboring countries.

But when the flags began waving, it was revealed that proponents of warfare’s healing, strengthening qualities needn’t have worried. All across Europe, instinctive tribal patriotism handily usurped the idealism of the Internationale. Factories, farms and offices were emptied of young men to serve as cannon fodder in a steadily escalating war of attrition, playing out over four long years as a collective cultural death wish.

When it was over, a generation had utterly disappeared, and in a chilling reminder of death’s leveling capacities, the ranks of the departed contained young men from the cream of society, as well as ones from its underbelly. Officers from wealthy and aristocratic families were killed as regularly as expendable proletarian foot soldiers. The opportunistic influenza pandemic following in the war’s wake claimed millions more non-combatants, who’d already been terrorized in a numbing precursor to the sins of Hitlerism and Stalinism to come.

I’ve written many times to express my personal revulsion with the impossibly brutal conflagration called the Great War by its participants, and World War I by those who survived its second, more extensive iteration. Author Adam Hochschild, whose earlier book, “King Leopold’s Ghost,” remains essential reading, misses no opportunities to express his own moral outrage in “To End All Wars: A Story of Loyalty and Rebellion, 1914-1918,” but Hochschild accepts a narrative task far more difficult than pointing to what we already know was rampant stupidity and abject horror.

Rather, the author charts the course of the relative few, primarily in Great Britain, who objected to the war at the same time it was being fought. In a super-charged atmosphere of violence, vengeance, and survival of the fittest gone amok, there were people who tried earnestly to talk sense.

That these principled objectors were hounded, infiltrated, persecuted, harassed, imprisoned and sometimes murdered should come as no surprise to us. Perhaps the biggest shock is how few they really were, and the depth of futility they experienced while being denounced and vilified by virtually all elements of both polite and scatological society.

However, the protestors drew representation from the full range of social strata. Some were committed labor activists from the shop floor, and others (most prominently, Bertrand Russell) patrician academics. Many were female, one of whom was a general’s sister. The women protestors were subject not only to the standard rejection of patriots, but prey also to the abuse of the millions of mothers who’d lost their sons in the trenches.

Of course, the veracity of the objection depends on how accurately the nature of the threat can be established. Once the war had begun, and especially when it became clear how destructive it was going to be, propaganda relentlessly fed mass hysteria: It’s our side, the defenders of civilization, against the sub-human animals on the other side, and whatever it takes – poison gas, tanks, planes, aerial bombardment, and the loss of thousands dead every day as calculated attrition – that’s what we all must do.

Moreover, anyone second-guessing the war’s conduct was worse than a coward and a traitor, because he or she actively dishonoring the nobility of the dead and cheapened their ultimate sacrifice in defense of the royal family, God, country and robber baron capitalism. As the cycle of barbarism escalated, it became ever more axiomatic that the only truly valid way to honor the dead, and to redeem their sacrifice, was to triumph in the end even if it meant fighting to the last man – literally.

Hochschild does not neglect the war’s proponents, among them Rudyard Kipling, arguably the most persistent and persuasive advocate of British imperialism, militarism and triumphalism. His son was lost in France, and as was common, the body was never found, and although Kipling’s stridency was muted to an extent, it was never subjected to rigorous self-examination.

“To End All Wars” is by turns infuriating and deeply depressing, and yet it is necessary. We simply mustn’t forget, lest these idiocies be repeated, and as I stand periodically before the vapidity of the soulless exurb and watch as the masses file like lemmings into the air-conditioned comfort of Wal-Mart, there is comfort to be derived from such knowledge, however limited it may currently be.

It remains true in the case of the Great War, although as a musical Briton of a later generation observed, “No one was saved” – not Liberia, which declared war on Germany on August 4, 1916, and not the defeated and shattered Habsburg empire, whose last remaining crown prince, Otto von Habsburg, died just weeks ago at the age of 98.

No one was saved, neither the flagrant apologist Kipling, nor the first war’s sparse objectors, several of whom later aligned themselves with Bolshevism and fell victim to the purges in the Soviet Union.

Did we learn anything?