Majolica tiles began production at the Wedgwood factory in the early 1860's a little bit after the beginning of majolica housewares in 1860 with the golden age of Wedgwood majolica tiles falling in the period between 1865 and 1875. Though majolica tile were never a large part of Wedgwood's business they did remain in the majolica tile business until 1902 producing both full color pictorial and monochromatic field tile until that time. Like George Jones tiles Wedgwood pictorial tile had the same distinct look and character as their tableware counterparts. 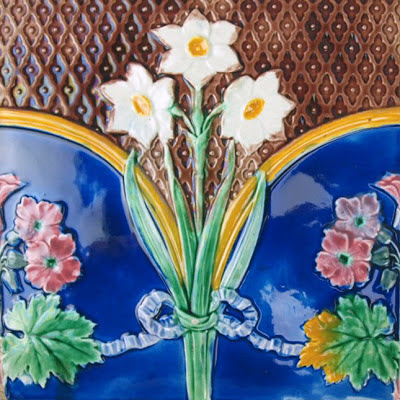 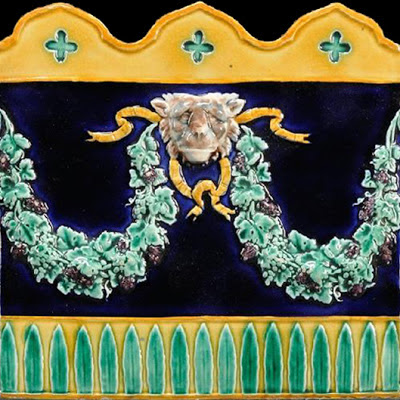 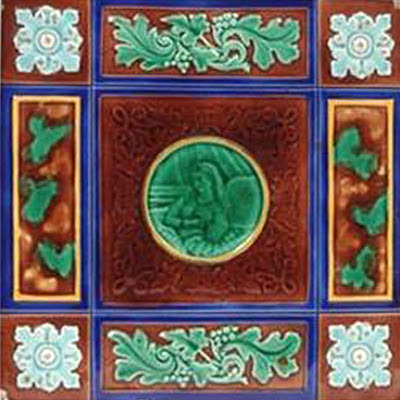 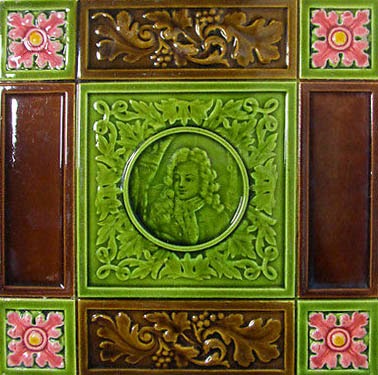 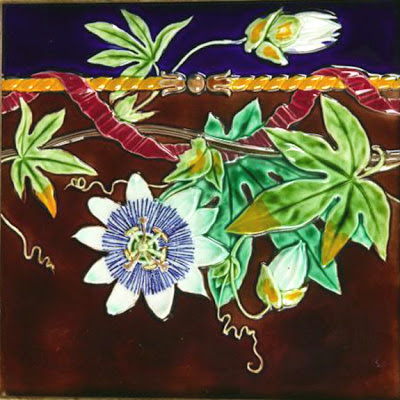 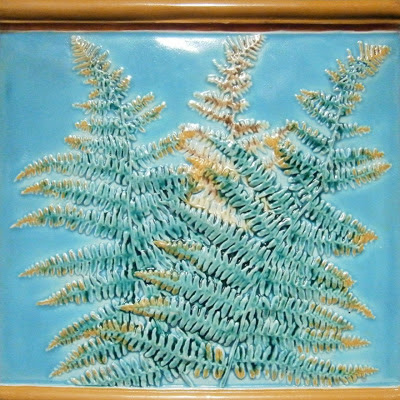 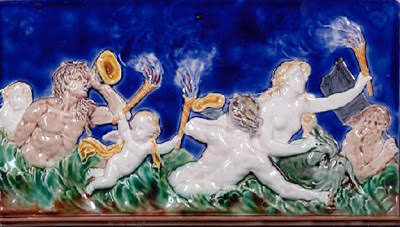 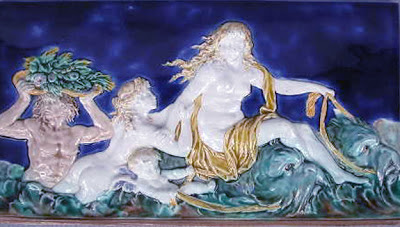 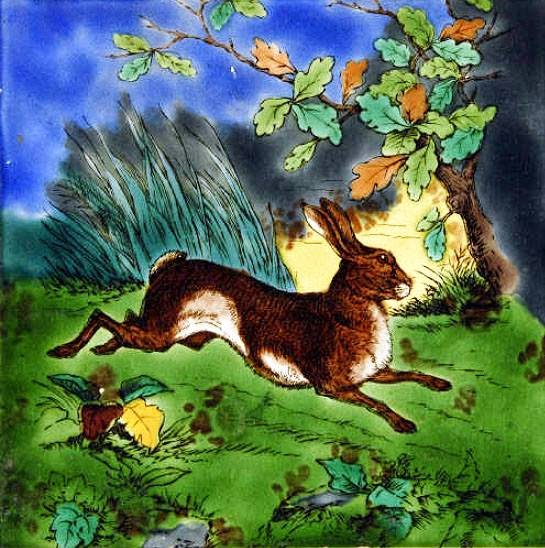 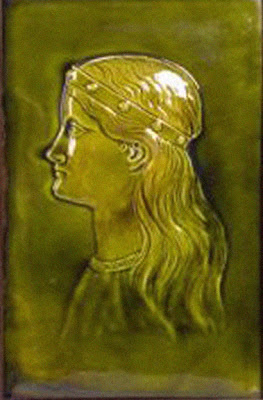 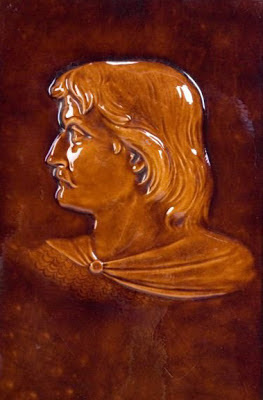 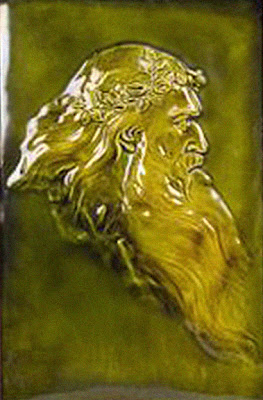 Some of the known Wedgwood majolica tile pattern names are: PassionFlower, Lion's head and Wreaths, Narcissus, Ferns and Clodion, all shown above. Other patterns are Spotted Flower, Crane, Fruit and Birds, and Orchid. The images from the game series tiles shown above also appeared on dessert ware. 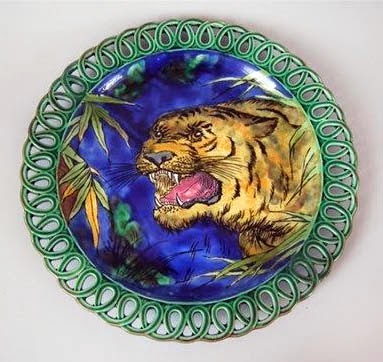 One of the best surviving installations of Wedgwood tiles is in the Royal Baths at Harrogate, North Yorkshire. Mainly consisting of majolica field tile, the Turkish inspired design was commissioned by the Duke of Cambridge in 1897 and created by Frank Baggallay and Fred Bristowe. 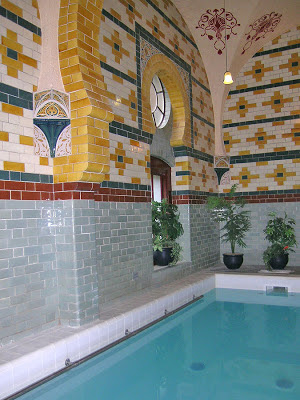 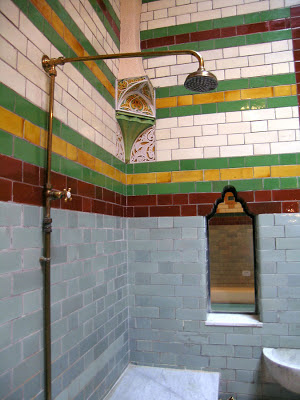 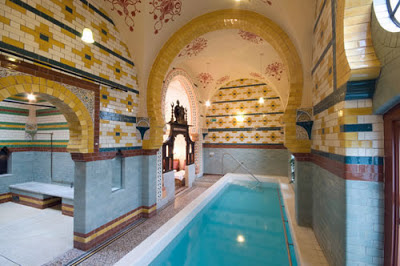 The prices of Wedgwood tiles are certainly in the upper range of collectible tile. Figural designs such as the classical Clodion command the highest prices, usually selling for several hundred dollars a piece.